Auburn is located in South King County, and has a population of around 70,000. Mostly rural and residential, Auburn does have its own quaint downtown area as well as a number of retail thoroughfares. The Muckleshoot Indian Reservation is located within Auburn's city limits, and provides local entertainment. Local neighborhoods in Auburn include River's Bend, Christopher/Thomas, Lea Hill, Hazelwood, West Valley, West Hill, Terminal Park, Forest Villa, Lakeland Hills, and Hidden Valley. The Auburn Boeing Plant is a major employer in the area and the largest airplane parts plant in the world.

Auburn is a city in King County, with a small portion in Pierce County, Washington, United States. The population was 70,180 at the 2010 United States Census. Auburn is a suburb in the Seattle metropolitan area, currently ranked the fifteenth largest city in the state of Washington.

Auburn is bordered by the cities of Federal Way, Pacific, and Algona to the west, Sumner to the south, Kent to the north, and unincorporated King County to the east. The Muckleshoot Indian Reservation is in or near the southern city limits. 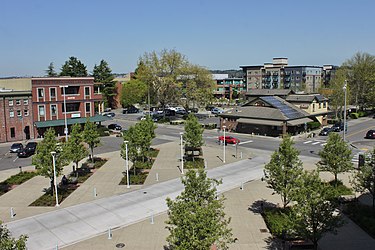 The first non-indigenous settlers in the Green River Valley arrived in the 1850s, but were temporarily driven out by Indian wars later that decade. Several settler families returned in the 1860s, including Levi Ballard, who set up a homestead between the Green and White rivers. Ballard filed for a plat to establish a town in February 1886, naming it Slaughter for an officer slain during the Indian wars in 1855.

Slaughter was incorporated on June 13, 1891, but its name was changed two years later to Auburn on February 21, 1893, by an action of the state legislature. Newer residents had disliked the name and its connection to the word "slaughter", especially after the town's hotel was named the Slaughter House. The name Auburn was chosen in honor of Auburn, New York, for the area's shared reliance on hops farming.

The White and Green Rivers have been a major part of the history and culture of Auburn since the area was settled with multiple locations in the city being named after either of the two rivers. Frequent flooding from the rivers caused numerous problems for the people living in the community with one outcome being the creation of Mountain View Cemetery over on one of the hills overlooking the valley. It was not until the completion of the Mud Mountain Dam and the Howard A. Hanson Dam, along the White River and Green River respectively, that the flooding would cease and allow the city to grow without the aforementioned hurdle impeding the growth.

In 1917 the city, in response to the growing of the Japanese community, donated some of the land in Pioneer Cemetery to the White River Buddhist Church. A little over ten years later, Rev. Giryo Takemura, minister of the church at the time, and his future son-in-law, Chiyokichi Natsuhara, raised money to replace the old wooden sticks and columns that had been in use as gravestones at the Cemetery with more durable concrete markers. The interwar period saw several Japanese-American baseball teams from the area compete in the courier league with the White River All-Stars enjoying particularly large success winning four of the July 4th tournaments. In 1930 a Japanese bath house was constructed outside of Neely Mansion by the then current tenants.

The onset of the Second World War saw the Japanese-American community of Auburn become seen with largely unwarranted distrust by many of the white residents of Auburn. This, combined with a larger countrywide Japanese focused xenophobia, led to the city's Japanese-American population being relocated to internment camps. After the war, of about 300 Japanese families living in Auburn only around twenty five returned.

In 2008, Auburn annexed the West Hill and Lea Hill neighborhoods of unincorporated King County, adding 15,000 residents and expanding its land area by 26 percent. 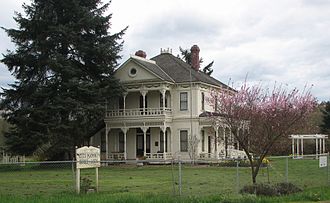 Two rivers, the White River and, to a greater extent, the Green River flow through Auburn.

Historically, the Stuck River ran through the settlement of Stuck, which is now a small pocket of unincorporated King County within southern Auburn. In 1906, the flow of the White River was diverted into the Stuck's channel near today's Game Farm Park. References to the Stuck River still appear in some property legal descriptions and place names, e.g. Stuck River Drive, within Auburn, but today it is essentially indistinguishable from the southern White River.

Auburn has an extensive system of parks, open space and urban trails consisting of 28 developed parks, over 23 mi (37 km) of trails (including Auburn's 4.5 mi (7.2 km) portion of the Interurban Trail for bikers, walkers, runners and skaters), and almost 247 acres (100 ha) of open space for passive and active recreation. 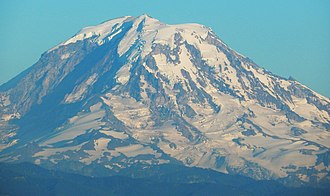 Auburn has many large roads nearby and within city limits, including State Route 167 (commonly referred as the "Valley Freeway") and State Route 18. Auburn also has its own transit center, Auburn station in downtown, that serves as a major hub for southern King County. Sound Transit buses connect the Auburn Transit Center directly to the Federal Way, Sumner, and Kent, while King County Metro buses connect the Transit Center to Green River Community College, the Super Mall, and Auburn Way.

Sounder commuter trains travel from Auburn to Downtown Seattle in approximately 30 minutes, and to Lakewood station in less than 35 minutes.

Until 1987 Auburn was also the home for a steam locomotive roundhouse and diesel engine house of the Northern Pacific Railway, the BNSF Railway of today. BNSF maintains a rail yard and small car repair facility, along with maintenance-of-way facilities at the former NP yard. The Auburn Municipal Airport serves the general aviation community.

Auburn station in downtown is a major hub for the Green River Valley. 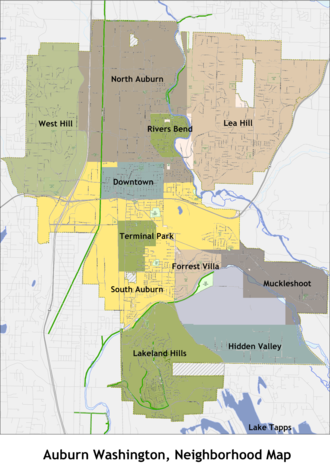 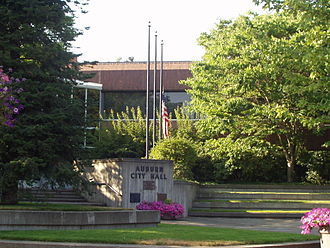 According to Auburn's 2011 Comprehensive Annual Financial Report, the top employers in the city are: 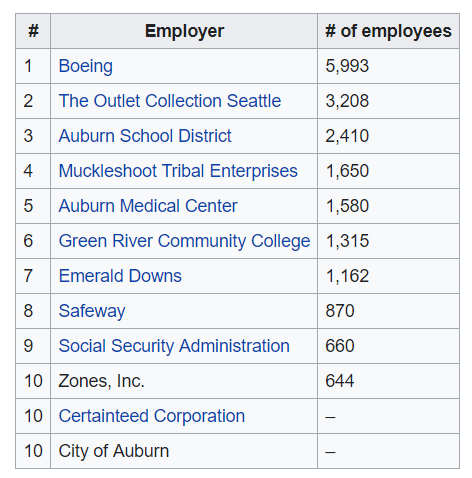 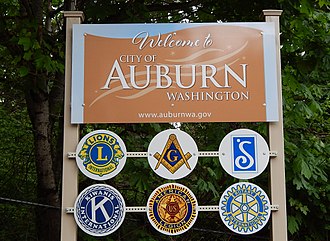 Auburn has an extensive system of parks, open space and urban trails: 28 developed parks, over 23 mi (37 km) of trails (including Auburn's 4.5 mi (7.2 km) portion of the Inter-urban Trail for bikers, walkers, runners and skaters), and almost 247 acres (100 ha) of open space for passive and active recreation.

The Outlet Collection Seattle, formerly SuperMall of the Great Northwest, is an outlet mall which opened in 1995.

Emerald Downs is a 167-acre (0.68 km2) six-level stadium and thoroughbred racetrack. The racetrack is operated on land purchased by the Muckleshoot in 2002.

The White River Valley Museum's exhibits feature Auburn, from Native American history to the 1920s. They focus on the Muckleshoot Indian Tribe, pioneer life, immigration from Europe and Japan, truck farming, railroading and the building of towns throughout the area. Visitors can visit a recreation of a pioneer cabin, climb aboard a Northern Pacific Railway caboose, and investigate a recreation of the shops in 1924 downtown Auburn.

The White River Amphitheater is a 20,000-seat venue, located about 3 miles (4.8 kilometers) east of the city limits.

Currently the Auburn School District has 15 elementary schools, four middle schools and three high schools, making 22 schools in all. The district is larger than the city itself, serving the neighboring towns of Algona and Pacific, as well as some unincorporated areas around Auburn and Kent. 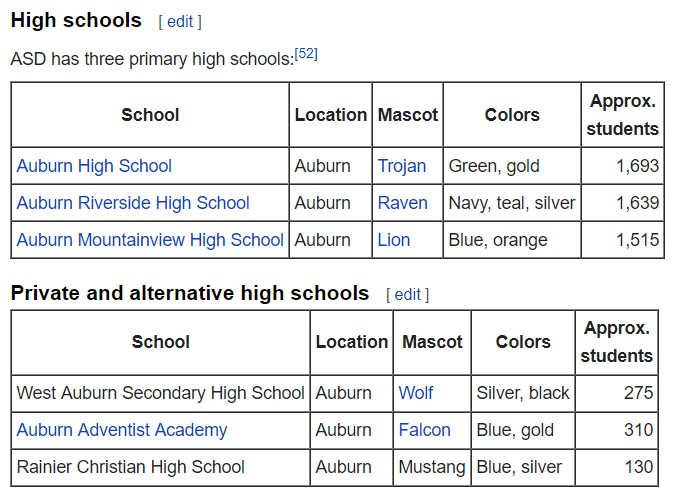 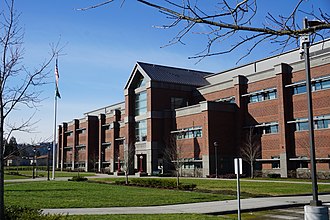 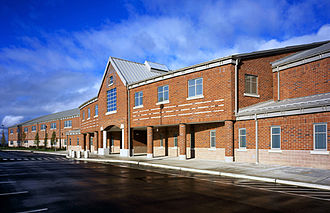 The City of Auburn has designated the following landmarks: 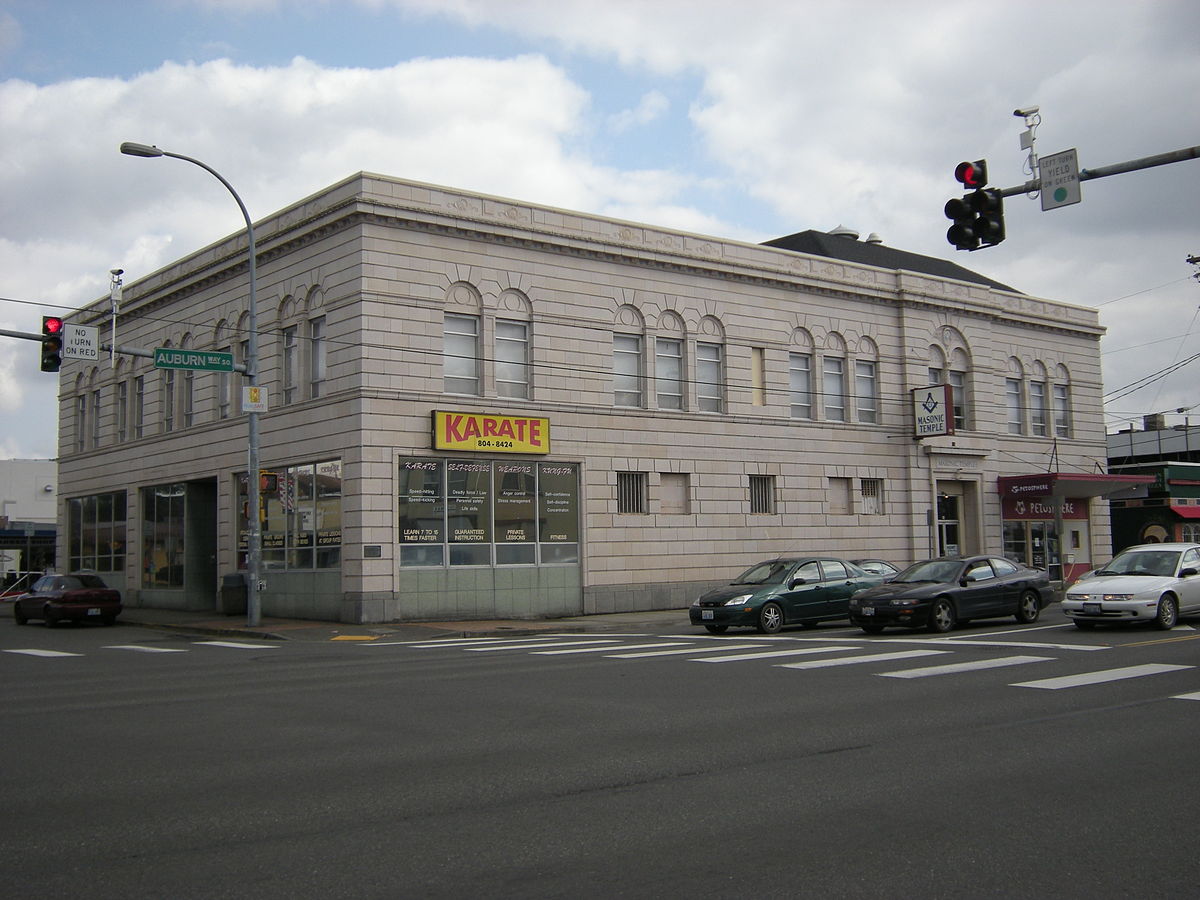 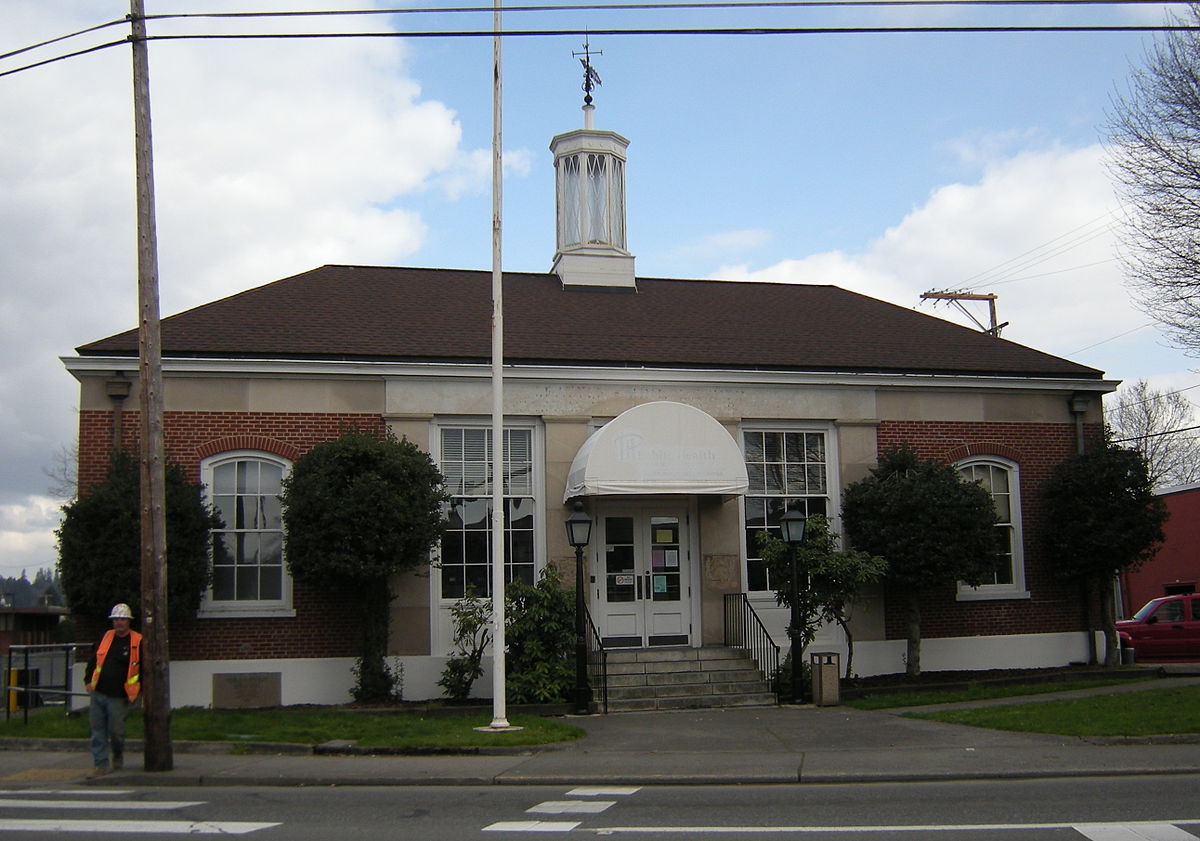 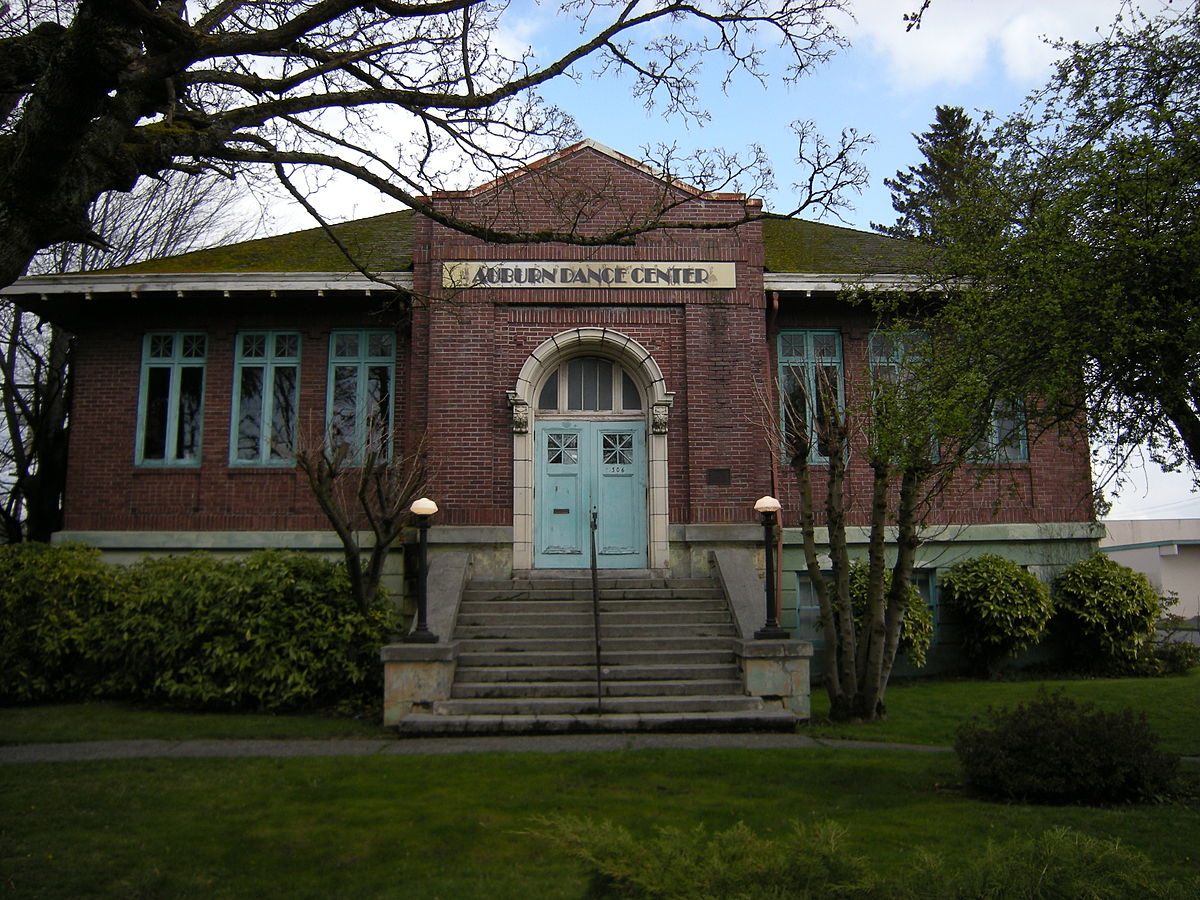 Our exclusive Local Market Research helps you make more informed decisions. Each week we publish market updates for Auburn. You can see the latest trends in pricing, affordability, supply and demand. We invest in this research so our clients always have the latest insights to make the best decisions with confidence. Below are the latest home pricing trends for Auburn based on zip code 98001. 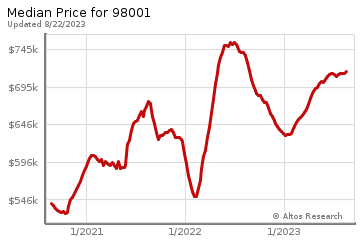 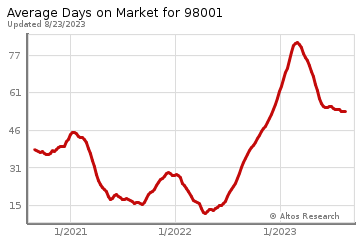 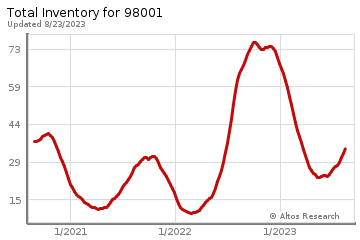 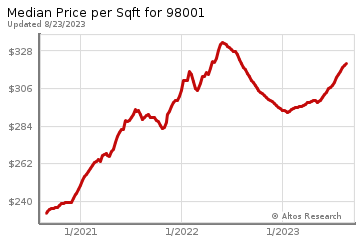