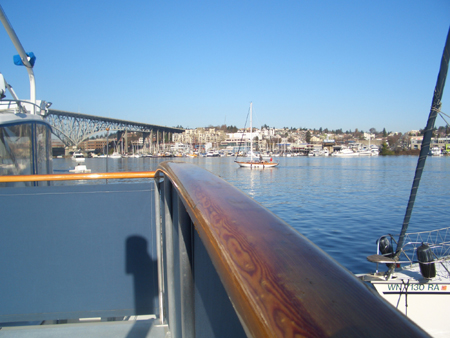 Vancouver, British Columbia has been a favorite international destination of Chinese real estate investors for decades.  Immigration laws in Canada have allowed for wealthy foreign investors to "buy" citizenship through a direct investment in the domestic economy, and Vancouver was the poster child for Asian investment.

That investment appeal is now shifting South toward Seattle, as Canada's immigration policies have abruptly changed this year and altered the benefits of buying in these two nearby cities.  Canada has ended their policy of granting citizenship to foreign investors, while the United States has recently streamlined its investment program, allowing for an easier route to a "green card" for foreigners.

The U.S.'s EB-5 program has been in existence for years, but its application and review process had previously been painstakingly slow.  Created to generate job growth, its applications numbered only in the hundreds per year and investors were wary of being tied up in bureaucracy.  Recent changes to the program promise to cure those bottlenecks, though, and as applications are now rising into the thousands per year, it appears that the timing couldn't be better with the change in international interest.

In the simplest terms, the EB-5 requires foreign investors to:

There are some exceptions, but these rules apply to most applicants.  The applicants receive in return:

As thousands of applications pour in every year now, the numbers will likely balloon as Chinese investment shifts to the Puget Sound region.  Real estate prices are significantly lower in Seattle than they are in Vancouver, and the ability to buy a luxury home, get a world-class education for your children, and live in a healthy, beautiful, and safe area like Greater Seattle is unmatched.  Foreign home buyers on the Eastside already make up a significant portion of the buying market today.  The trend will likely accelerate moving forward if the immigration policies of the two countries continue on their current courses.

Source:  NWMLS Stats - The Northwest Multiple Listing Service did not compile or publish this information.

Its ridiculous. The chinese have bought several of the water front homes next door to ours, and they are never there. They aren't living here, they are not "investing" in the improvmeent of the home, nor contributing to the community or economy. Whats the value to the US for this program again? Oh yeah, money in the Real Estate agents pockets as they don't care what happens to a community so long as the inventory that moves has their name on it.