Is There A Real Estate Bubble in Seattle? Inflation and 11% of our Home Equity Says No.

Home prices are on the rise in Seattle, and home buyers who remember the last real estate downturn well are mindful of the possibility of another drop in real estate prices in the future.  So, are we building up to another Seattle real estate bubble?

The most recent data say "No."  While home prices have certainly appreciated in the area for the past few years, much of those gains were simply due to the long-term necessity of reversing that extended real estate downturn of the late 2000s.  Price appreciation, according to historical data, is the unequivocal course of real estate for the long-term, due in large part to inflation. 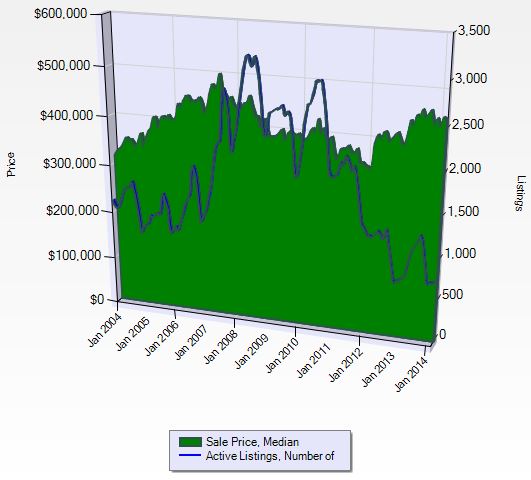 Home prices in Seattle are still almost 11 percent lower than they were at the real estate peak in 2007.  August 2007's median home price for the city of Seattle was $498,000.  As of last month, our current median was at $444,000.  There's no rush to get back to those peak levels immediately, but idea that we're nearing a bubble similar to what we saw in 2007 just doesn't pan out yet.

There's a bigger reason for this, when we look at the long-term effects of the economy.  Inflation makes general consumer prices rise, no matter if the market is hot or cold (we rarely see price deflation in the overall U.S. economy).  In 2007 we saw 2.8 percent inflation.  In 2008, as the downturn really got rolling, we hit 3.8 percent.   The worst economic year we've seen in decades saw just a 0.4 percent deflation rate, which was immediately wiped out by 1.6, 3.2, 2.1, and 1.5 percent inflation rates through 2013.

The big picture here?  We've probably seen price inflation across the country of around 15 percent since 2007.  Of course, this doesn't translate directly to home prices, but the overall takeaway should be fairly clear--home prices today are nowhere near what they were during the last real estate bubble.  The situation is vastly different, and while that in no way guarantees a healthy real estate market going forward, it certainly makes the comparisons to 2007 unwise.

Statistical source if not otherwise noted is NWMLS. The Northwest Multiple Listing Service did not compile or publish this information.