Arboretum Homes For Sale in Seattle

Arboretum is a neighborhood between Montlake and Madison Park. On the edge of its namesake, the Washington Park Arboretum, homes in the neighborhood have a mix of views from city hillsides to vast green spaces. Locals walk, hike, bike, and kayak through the Arboretum and its surrounding waterways. The park is a 230 acres gem within the city limits.

Arboretum is 13 minutes away from downtown Seattle. Arboretum has Fiddleheads Forest School - it's the Seattle’s pioneering outdoor preschool. Fiddleheads Forest School is an entirely outdoor, and their program is nature-based where they play and explore the nature. The distinctive architectural style home, BOYER LAMBERT HOUSE is also located in Montlake / Interlaken near Arboretum. It was named a Seattle Landmark on February 22, 1983, and it is 12 minutes away from Washington Park Arboretum UW Botanic Gardens. There is a beach close by in Madison Park as well as the Seattle Yacht Club in nearby Montlake. Homes in the Arboretum area have recently sold for between $725k and $2.2 million. To see today's real estate listings in Arboretum, Seattle, please click the link below.

To the north is Union Bay; to the west are Montlake and Madison Valley; to the south is the Washington Park neighborhood; and to the east is the Broadmoor Golf Club.

Lake Washington Boulevard E. runs north and south through the park, parallel to the creek. A secondary road, for most of its length named Arboretum Drive E. and for a short northern stretch named E. Foster Island Road, runs along the Arboretum's eastern edge. E. Interlaken Boulevard and Boyer Avenue E. run northwest out of the park to Montlake and beyond. State Route 520 cuts through Foster Island and the Union Bay wetlands at the park's northern end, interchanging with Lake Washington Boulevard just outside the arboretum entrance. A footpath winds underneath the freeway overpasses and over boardwalks, along the Lake Washington ship canal, and into the gardens of the Arboretum. 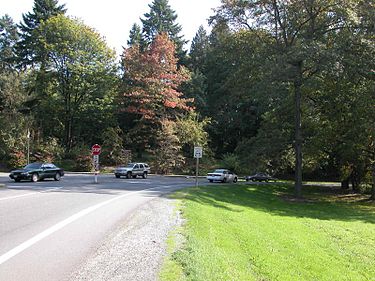 The Arboretum is well known for Azalea Way in the springtime, a stretch of the park which offers a unique tapestry of azaleas of many colors. The area is a popular site for strolling and is utilized by photographers and artists. The manicured Azalea Way stands out in stark contrast with the Arboretum's wild and heavily canopied areas.

The land occupied by the Washington Park Arboretum has been developed and is owned by the city, but the Arboretum is operated primarily by the University of Washington.

Washington Park was developed on land that had been logged by the Puget Mill Company for sixty years. In 1920, the parcel was split in two. The eastern 200 acres (0.8 km²) were developed as the Broadmoor Golf Club by a group of businessmen that included E. G. Ames, general manager of Puget Mill. The western 230 were given to the city, who developed a park and arboretum on the site. On the basis of the agreement approved by the University of Washington (Board of Regents) and the City of Seattle (City Council/Mayor), The Washington Park Arboretum was established in 1934.

State Route 520 has a set of ghost ramps in the marshlands the arboretum. They are often referred to as "ramps to nowhere". However, one ramp is currently used for the on ramp to SR 520 Eastbound. The others are unused. They were originally part of a plan to build the R. H. Thomson Expressway which would have cut through the arboretum and down through Seattle towards the I-90/I-5 interchange. Citizens rallied a freeway revolt against the plan on May 4, 1969. Construction near the Arboretum later continued but citizen protest eventually won out and the plan was dropped in 1971. 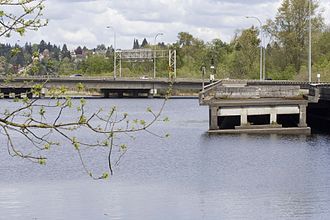 The arboretum ghost ramps at SR 520

The freeway revolt that stopped the R. H. Thomson Expressway had its origins in opposition to SR 520 itself. Architect Victor Steinbrueck, writing in 1962, objected to the "naked brutality of unimaginative structures such as this proposed crossing of Portage Bay, which eliminates fifty houseboats while casting its shadow and noise across this tranquil boat haven."

In 2013 the Washington State Department of Transportation announced plans to dismantle the ghost ramps. To commemorate the ramps and protest their demolition, a local art collective created an installation, Gate to Nowhere, on one of the ramps in 2014. The piece consists of a layer of reflective acrylic wrapping a pair of support columns.

In the spring of 2016, some of the SR 520 ghost ramps have begun to be dismantled to make way for the construction of a new causeway linking the new floating bridge to the mainland.

The potential impact of plans to reconstruct and expand State Route 520 and replace the Evergreen Point Floating Bridge in the early 2010s have raised concerns among Arboretum staff and park users. As the members of the Arboretum community noted in their collective letter to the Washington State Department of Transportation, "Native plants, wetlands, and wildlife ... would be affected not only by the taking of land but by the looming shadows created by roadways in various proposals". Among the alternative proposals is the "Arboretum Bypass Plan," building the new elevated highway over Union Bay on a more northerly route than the current one. 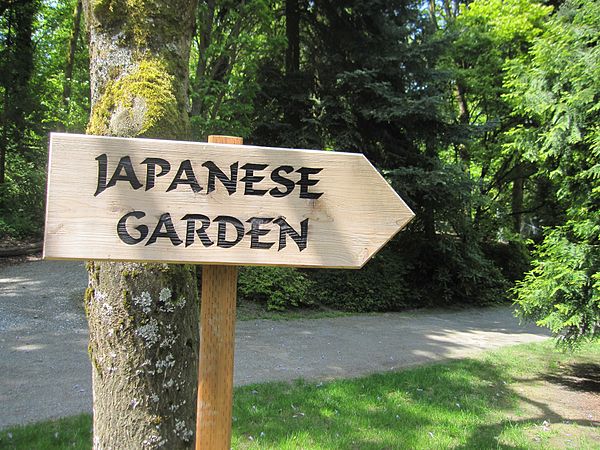 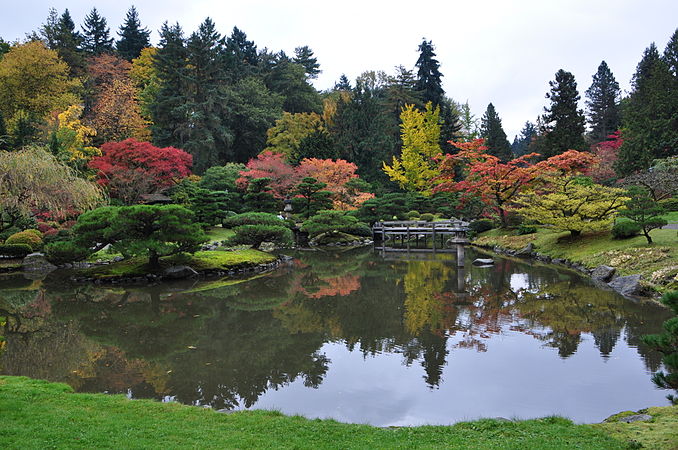 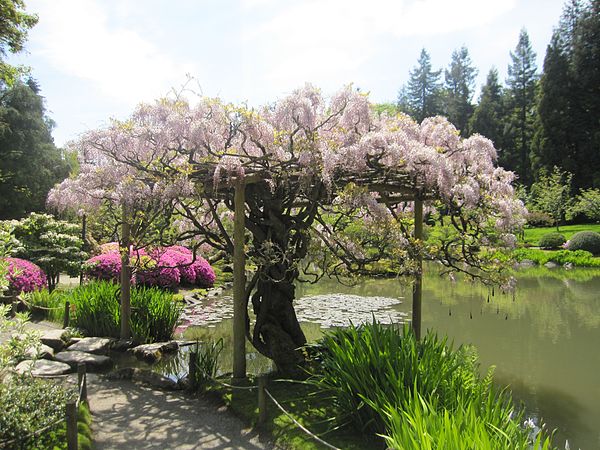 Our Arboretum market research helps you make more informed decisions about homes in Central Seattle. Each week we publish market updates for Arboretum, in its 98112 zip code. You can see the latest trends in pricing, affordability, supply and demand. We invest in this research so our clients always have the latest insights to make the best decisions with confidence.