Queen Anne is known as one of the most-attractive neighborhoods in Seattle, for its retail core, beautiful homes, and sweeping views. People around the world are familiar with pictures that show the Space Needle set against downtown skyscrapers with majestic Mount Rainier in the background. That famous vantage point is from Queen Anne's Kerry park (many photos' you'll see on our site are from the same spot). Queen Anne has not only a stately residential area at the top of the hill, but also a bustling entertainment and dining scene in Lower Queen Anne.

Queen Anne in Seattle has many parks. Queen Anne Bowl Playfield in 3rd Ave W located on North Queen Anne, east of Mt Pleasant Cemetery, and near Cascade Parent Partnership Program, the park has running tracks, a playfield for soccer, bathrooms, and it's connected to David Rodgers Park. East Queen Anne Playground in Warren Ave N located on the west of Northeast Queen Anne Greenbelt Park, and near Queen Ann Christian School, the playground has baby swings, a whirl, slides, a wading pool, a soccer field, bathrooms, and a sandbox. West Queen Anne Playfield in W Blaine St is located near McClure Middle School and Beginnings II Child Care Preschool, and it has a playground and fields for soccer, softball, and baseball. Another park in Queen Anne is Bhy Kracke Park. It's on the 5th Ave N located north of Ward Springs Park, and it has a bike rack, benches, a drinking fountain, a pergola for parents, a play area for kids, and great views of Lake Union, Capitol Hill, the I-5 freeway, and Downtown. Ward Springs Park in 4th Ave N & Ward St has a small playground, a sandbox, benches, and a great view of the Space Needle and Downtown.

Another park is Counterbalance Park in Queen Anne Ave N is located near the Metropolitan Market Queen Anne (Uptown). Counterbalance Park is an urban park with benches for gathering and light shows at night. Kinnear Park in W Olympic Pl located west lower Queen Anne, has closer views of the city and the sound, dog park areas, great sunset views, and has a narrow pathway leading to a tennis court. Marshall Park in 7th Ave W is a small park with three benches and a great view of the sound. Parsons Gardens in W Highland Dr located near Marshall Park, and it's a small public garden with trees and flowers and an area for a picnic. SW Queen Anne Greenbelt in 12th Ave W W Howe St located near Holy Mountain Brewing Company. SW Queen Anne Greenbelt is a city park with walking paths, biking trails, and native wildlife. And, 12th West & West Howe Park in W Howe St located near Magnolia Bridge Self Storage, and it's a small park with a sandbox and slide.

Queen Anne Hill is an affluent neighborhood and geographic feature in Seattle, northwest of downtown. The neighborhood sits on the highest named hill in the city, with a maximum elevation of 456 feet (139 m). It covers an area of 7.3 square kilometers (2.8 sq mi), and has a population of about 28,000. Queen Anne is bordered by Belltown to the south, Lake Union to the east, the Lake Washington Ship Canal to the north and Interbay to the west.

The hill became a popular spot for the city's early economic and cultural elite to build their mansions, and the name derives from the architectural style typical of many of the early homes. 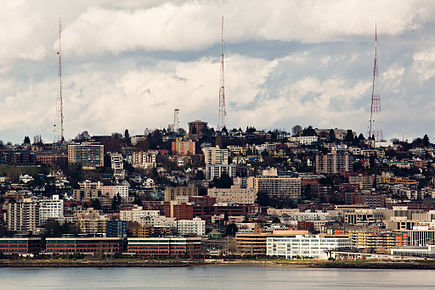 Queen Anne is bounded on the north by the Fremont Cut of the Lake Washington Ship Canal, beyond which is Fremont; on the west by 15th and Elliott Avenues West, beyond which is Interbay, Magnolia, and Elliott Bay; on the east by Lake Union and Aurora Avenue North, beyond which is Westlake. As a neighborhood toponym, Queen Anne may include Lower Queen Anne, also known as Uptown, the area at the southern base of the hill, just north and west of Seattle Center. Whether or not Lower Queen Anne is considered a separate neighborhood matters in setting Queen Anne's southern boundary, which is either West Mercer Street or Denny Way.

Queen Anne can be reached from Interstate 5 via the Mercer Street Exit (Exit 167). The neighborhood's main thoroughfares are Gilman Drive West, 3rd Avenue West, Queen Anne Avenue North, Boston Street, and a set of streets, collectively known as Queen Anne Boulevard, that loop around the crown of the hill and reflect a comprehensive boulevard design in the style of the Olmsted Brothers architectural firm. The design was never fully executed, but it remains part of the Seattle Parks System.

While Queen Anne stands out in Seattle geography due to its proximity to downtown and three television broadcast towers, the highest point in the city, 520 feet (160 m) above sea level, is in West Seattle. Queen Anne slopes are home to seven of the twenty steepest streets in the city and 120 pedestrian staircases. 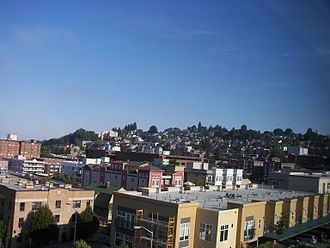 View of the south slope from Lower Queen Anne

Queen Anne is home to 29 official Seattle landmarks, including 12 historic houses. A group of residences on 14th Avenue West, built between 1890 and 1910, include one of the few remaining Queen Anne style houses on the hill. The North Queen Anne Drive Bridge, built in 1936 across Wolf Creek, is a parabolic steel arch bridge, declared a historic landmark for its unique engineering style. One of the oldest wooden-hulled tugboats still afloat, the Arthur Foss, is moored near the base of Queen Anne. Queen Anne Boulevard, which circles the crown of the hill, and some of the original retaining walls complete with decorative brickwork, balustrades, and street lights, are also designated landmarks. Although not located at Queen Anne and no longer located west of present-day Seattle Center, the Denny Cabin was built by David Denny in 1889 as a real-estate office and was made from trees cut down on Queen Anne Hill.

An 800 m (0.50 mi) stretch of Queen Anne Avenue North between West McGraw and West Galer Streets serves as the spine of the central business district. The Greater Queen Anne Chamber of Commerce is an association of neighborhood business leaders. Queen Anne hosts a weekly farmers' market between June and October.

The Queen Anne News is a weekly community newspaper founded in 1919 and published by the Pacific Publishing Company. The Queen Anne View and Queen Anne-PI are neighborhood news blogs.

Seattle Pacific University, a private university founded in 1891 by the Free Methodist Church of North America, has 4000 undergraduate and graduate students on a 43 acres (17 hectares) campus on the north slope of Queen Anne.

The Queen Anne branch of the Seattle Public Library is housed in a 1914 building funded by Andrew Carnegie and built in late Tudor Revival architecture style. The structure, renovated in 2007, is listed on the National Register of Historic Places and has been named a landmark by Seattle's Landmarks Preservation Board.

The Seattle Parks and Recreation department maintains 24 parks on Queen Anne. Kerry Park, located on Highland Drive, covers a mere 1.26 acres (0.51 ha), but boasts one of the most attractive views of the city, with downtown at the center of focus along with the Space Needle, and on clear days, Mount Rainier in the background. From this point there are also views of Elliott Bay and West Seattle. Kinnear Park, with 14.1 acres (5.7 ha) of woodland and grass, is Queen Anne's largest park, offering views of the grain elevator at Pier 86. Rachel's Park, formerly Soundview Terrace, is a play area on the west slope of the hill named after Rachel Pearson, a 6-year-old girl who died on Alaska Airlines Flight 261 in 2000. Queen Anne Bowl, adjacent to the 9.2 David Rodgers Park on the north slope of Queen Anne, has a dirt running track and synthetic surface soccer pitch. West Queen Anne Playfield includes a community center, indoor swimming pool, and baseball and softball fields.

Queen Anne has two cemeteries. Mount Pleasant Cemetery contains the remains of the unknown dead of the 1906 SS Valencia disaster, as well as many early Seattle pioneers, and Filipino-American author and activist Carlos Bulosan. A memorial to the dead of the 1916 Everett Massacre is located in the northeast section of the cemetery. During World War II, the cemetery served as a site for anti-aircraft defenses. Hills of Eternity Cemetery, owned and operated by Temple De Hirsch Sinai, is adjacent to Mount Pleasant. 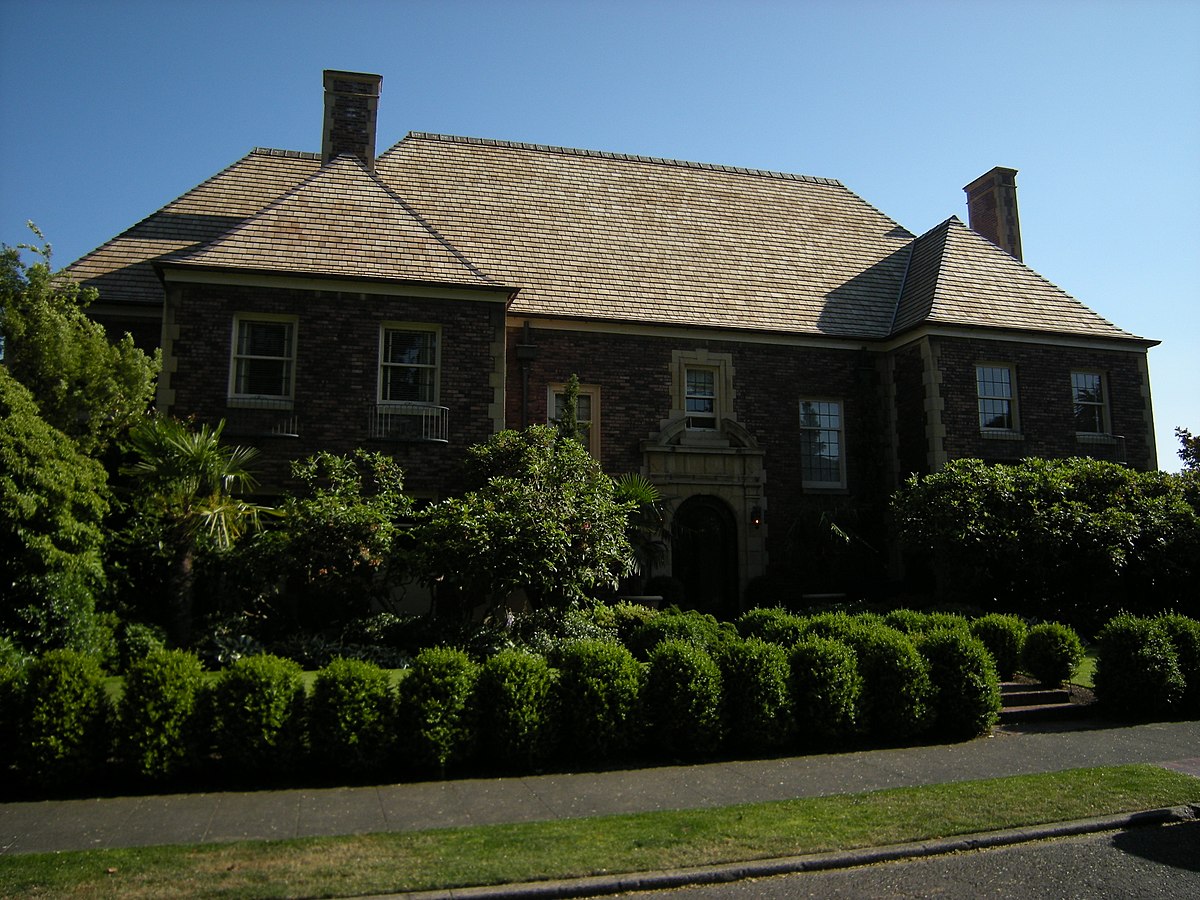 Our Queen Anne market research helps you make more informed decisions about homes in Central Seattle. Each week we publish market updates for Queen Anne, in its 98104 zip code. You can see the latest trends in pricing, affordability, supply and demand. We invest in this research so our clients always have the latest insights to make the best decisions with confidence. 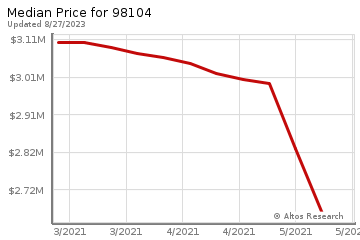 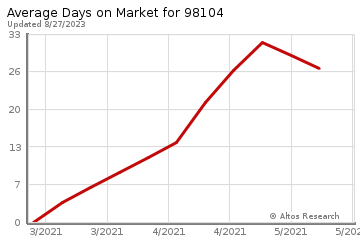 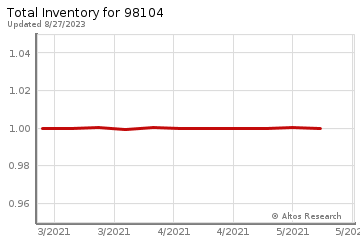 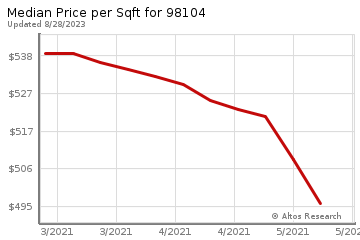