Westlake Homes For Sale in Seattle

Westlake is the waterfront community along Westlake Ave at Lake Union. With a wide mix of condos, floating homes, restaurants, and marine industry, Westlake provides great access to downtown Seattle and local entertainment. As Westlake rises up the East end of Queen Anne hill, many homes and condos have spectacular views of the lake and the mountains.

Shops and restaurants are available along Westlake Ave. China Harbor Restaurant, a restaurant serving Chinese cuisine with live music and dancing at night, and located between The Electric Boat Company (a Boat rental service), and Safe N Sound Swimming (swimming school). Sundance Yacht Sales, a Boat dealer and near Seattle Scuba Schools (SCUBA instructor). Pasta Freska Italian Restaurant, an Italian restaurant near the Westlake Ave N & Galer St (bus stop). And there are two coffee shops near AGC of Washington, the Caffe Umbria, and the Starbucks.

Other businesses in this neighborhood are Swedish Club in Dexter Ave N, a restaurant with a library and spaces for events, and it has a great view of Lake Union.  Stone Korean Restaurant is located near Dexter Ave N & Aloha St (bus stop).  Seattle Massage Oasis (a Massage therapist), Dulce Lash Lounge (a Beauty salon), Northwest Outdoor Center (Canoe & kayak rental service), The Toledo, a bar in Dexter Ave near Intrepid Sportswear (a uniform store), and Koibito Sushi and Teriyaki, a Sushi restaurant near Roosters Men's Grooming Center (Barbershop), and Pacific Northwest National Laboratory (a research institute). Homes in the Westlake area have recently sold for between $268k and $1.7 million. To see today's real estate listings in Westlake, Seattle, please click the link above.

Westlake is a neighborhood in the city of Seattle, in the U.S. state of Washington, named after its location on the western shore of Lake Union. It is a relatively narrow neighborhood, there being only a few blocks between the shoreline and its western limit at Aurora Avenue N., beyond which is Queen Anne. To the south beyond Aloha Street is South Lake Union, and to the north across the Fremont Cut is Fremont. Its main thoroughfares are Dexter and Westlake Avenues N. (north- and southbound).

Tom Hanks's character in Sleepless in Seattle lived in a Westlake houseboat.

Prior to its dissolution, West Coast Airlines had its headquarters in Westlake. 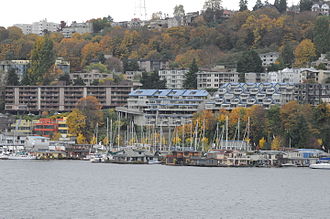 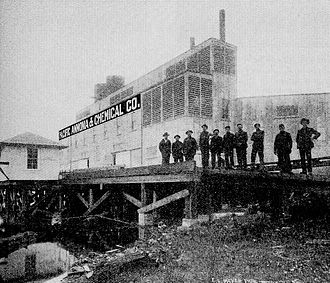 Our Westlake market research helps you make more informed decisions about homes in Central Seattle. Each week we publish market updates for Westlake, in its 98112 zip code. You can see the latest trends in pricing, affordability, supply and demand. We invest in this research so our clients always have the latest insights to make the best decisions with confidence.