Des Moines is a waterfront community on the shores of Puget Sound in South King County. Pronounced "De Moynz" ( as opposed to the silent "s" pronunciation of Des Moines, IA), this shoreline community has a picturesque boardwalk along the water and a small-town retail and shopping area nearby. With a population of 30,000, Des Moines combines quiet residential neighborhoods and lively retail districts. Redondo Beach, Woodmont, and Zenith are just some of the well-respected neighborhoods of Des Moines.

Des Moines is located on the east shore of Puget Sound, approximately halfway between the major cities of Seattle and Tacoma. The city is bordered by the suburbs of Federal Way to the south, Kent to the east, SeaTac to the northeast, Burien to the north, and Normandy Park to the northwest. It is one of the few points along this shoreline where the topography facilitates access to the water, and a recreational marina operated by the city, with moorage, boat launching and pier fishing facilities, is located there. Forested Saltwater State Park on a steep ravine between the Zenith and Woodmont neighborhoods is the most-used State Park on the Sound. Near the border of Federal Way, Redondo has a board-walk complete with a Salty's restaurant and a pay parking lot.

Property within the city has been the subject of land buyouts because of noise from aircraft landing or taking off from the Seattle–Tacoma International Airport 2 miles (3.2 km) north of Des Moines. 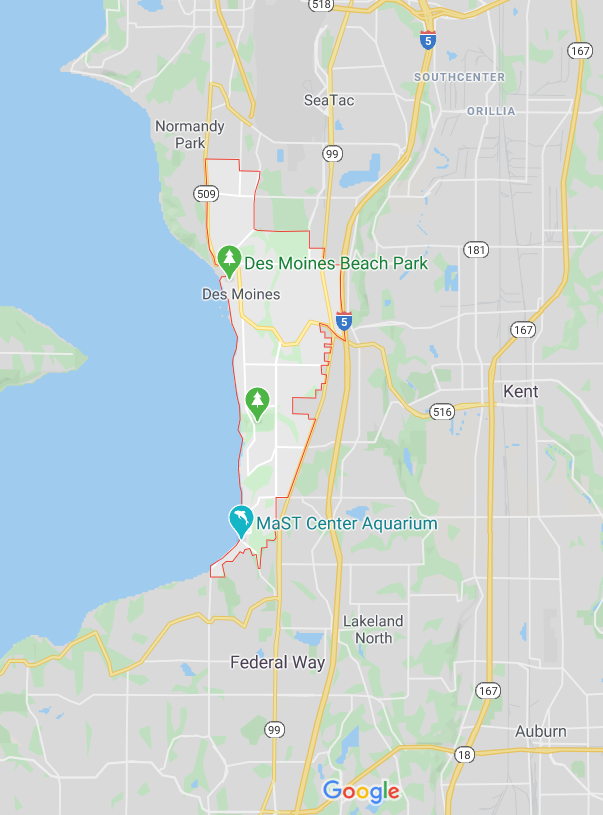 What was to become Des Moines was first explored by Europeans on May 26, 1792, during the exploration of British naval Captain George Vancouver on his flagship HMS Discovery. The first Americans to visit the area were part of Charles Wilkes' Expedition.

The first known settler was John Moore, who probably arrived about 1867. His homestead claim certificate (#285) was granted on July 2, 1872.

In 1887 F.A. Blasher persuaded some friends in his home city of Des Moines, Iowa, to help finance the development of a town on Puget Sound. The work was done by the Des Moines Improvement Company. In 1889 the area was platted into lots and sold by the Des Moines Improvement Company, which had been incorporated by F. A. Blasher, Orin Watts Barlow, Charles M. Johnson, and John W. Kleeb. Lumber mills provided the community with its primary employment.

Early transportation to Des Moines was by water. The mosquito fleet provided access to Seattle, Tacoma, and Vashon Island. The first road, the Brick Highway, was completed in May 1916. The first cross-Puget Sound automobile ferry started service from Des Moines to Portage on November 13, 1916. This ferry service continued until September 1921. Before World War II farming fueled the local economy.

Following the war, suburbanization of the community occurred. With increased population, the county government was unable to supply the level of service and local control desired by Des Moines residents. In response to this, Des Moines was officially incorporated on June 17, 1959.

On November 22, 1982, Des Moines annexed the nearby community of Zenith, a farming community founded in 1906 that later became a bedroom community for Boeing workers.

Most of the city rolls gently down to the waters of Puget Sound from an elevation of about 400 feet (120 m) along the eastern city boundary on Pacific Highway, allowing many homes to enjoy an unobstructed view of the sound and Vashon Island. The ravines of Des Moines Creek and Massey Creek deeply incise this broad slope. 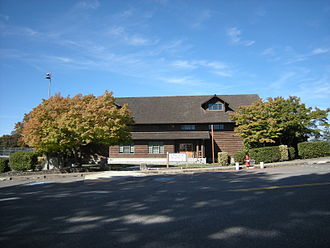 The Des Moines Field House / Activity Center, a legacy of the WPA, is listed as a King County landmark.

Most of Des Moines is within the Highline Public Schools district; the neighborhoods of Woodmont and Redondo are within the Federal Way School District. 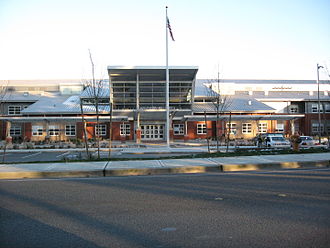 Highline College is in Des Moines.

CWU-Des Moines, a branch of Central Washington University, is co-located on the Highline College campus and offers several bachelor and graduate degrees.

The Des Moines Police Department is the primary law enforcement agency for the city of Des Moines, Washington. It employs 30 sworn officers. The police chief is Ken Thomas.

The City of Des Moines has designated the following landmark: 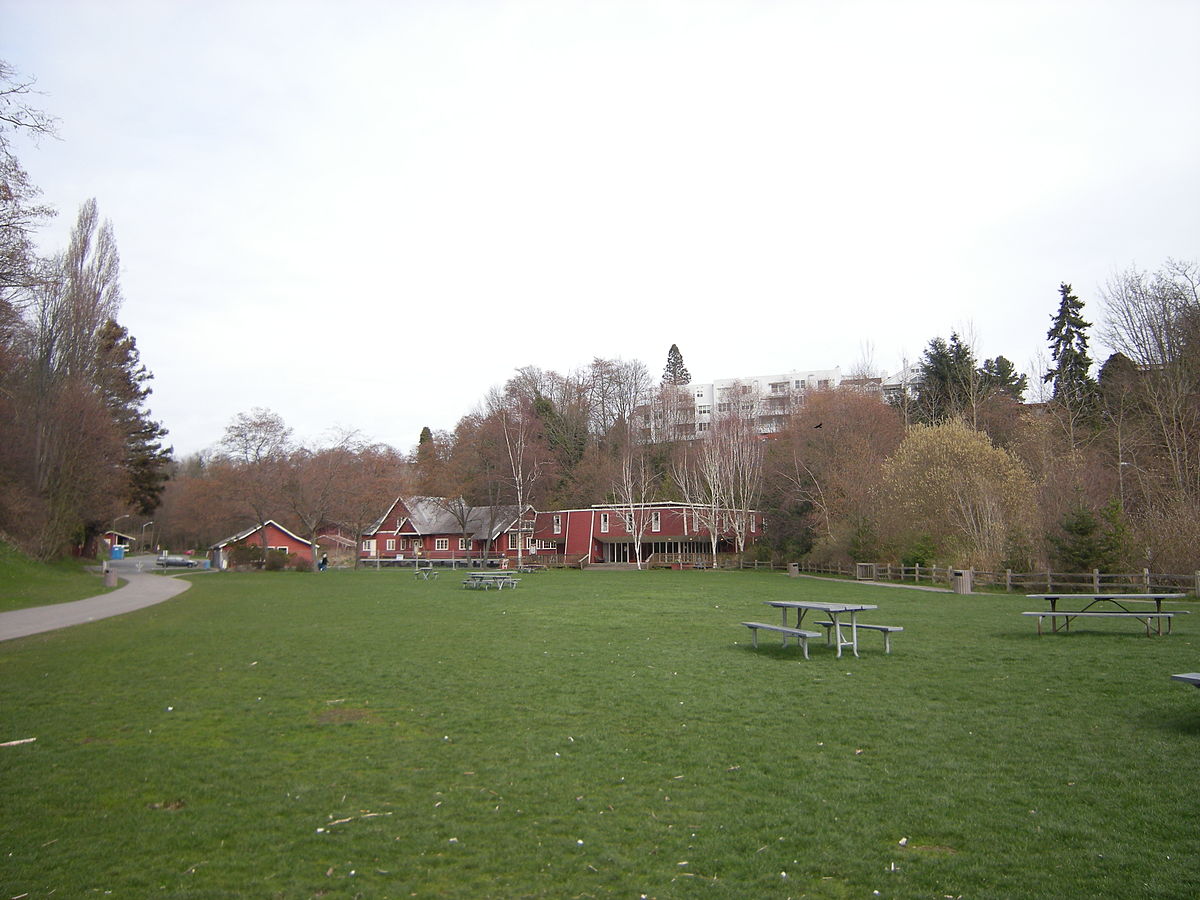 Our exclusive Local Market Research helps you make more informed decisions. Each week we publish market updates for Des Moines. You can see the latest trends in pricing, affordability, supply and demand. We invest in this research so our clients always have the latest insights to make the best decisions with confidence. Below are the latest home pricing trends for Des Moines based on zip code 98198.