Bryant Homes For Sale in Seattle

Bryant is a small residential neighborhood between University Village, Ravenna, and the waterfront locales of Laurelhurst and Windermere. Well-regarded for its attractive homes and streets, the lesser-known neighborhood has a way of keeping families local for generations. Retail establishments on the West end of the neighborhood are favorites of University of Washington alumni and sports fans. 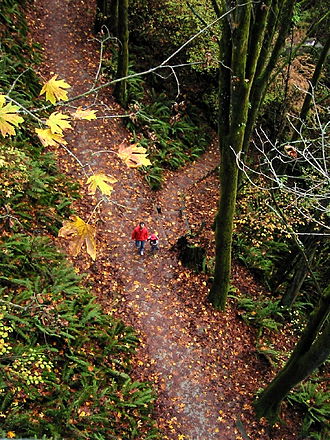 Fall foliage and trail, from the 20th Avenue NE Bridge

Bryant Elementary School is located at 33rd Avenue NE and NE 60th Street. The school was named after William Cullen Bryant. Bryant School has an event called the Bryant Blast, now in the fall, that offers many games and food, including bouncy toys, cake walks, raffles, and more. On the 4th of July, an annual block party takes place along the two streets west of the elementary school. The neighborhood fire fighters take part (if they're not called away for an emergency) by leading the parade down the street, complete with kids pulling red wagons, decked out pets, adults dressed as historical figures and the annual Statue of Liberty lady. The neighborhood is also home to the Nathan Eckstein Middle School with one of the best music and jazz programs in the region for students. 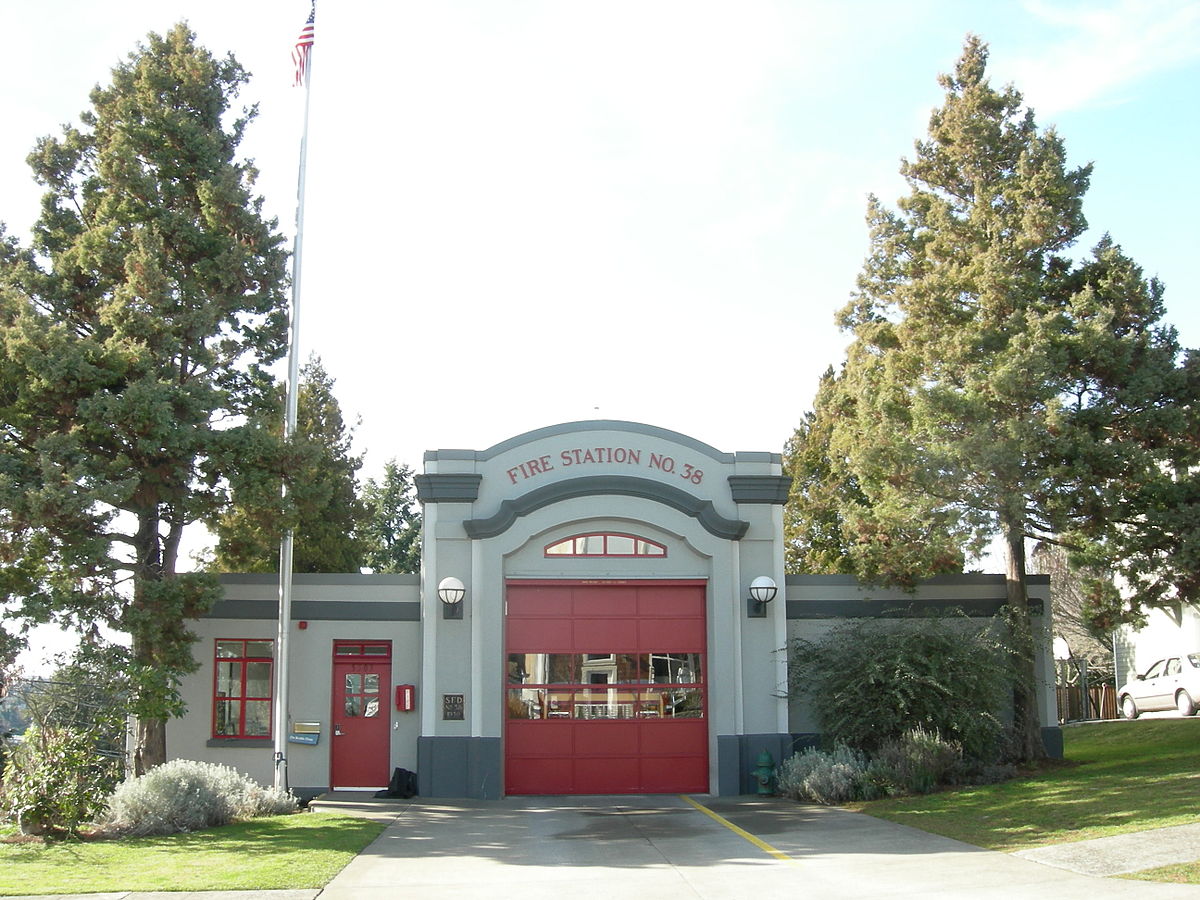 Fire Station No. 38, Seattle, Washington, an official city landmark. As of 2008, the city's smallest fire station, Fire Station No. 38 is barely large enough for one fire engine; there are plans to replace it with a larger station nearby.

Bryant Elementary School, the Nathan Eckstein Middle School, and the North East Library all have status as Seattle city landmarks, as does Fire Station #38 at 5503 33rd Avenue N.E.

Bryant Playground is a 3.1 acre (13,000 m²) playground and park located at N.E. 65th Street and 40th Avenue N.E. This places it at the very northern end of the Hawthorne Hills/Bryant neighborhood or the very southern end of the View Ridge neighborhood. It was acquired by the city in 1976 from Brook Haven Baptist Church for $155,000. The park and playground were developed two years later at a cost of $415,000.

Commercial Establishments in or near Bryant

There are commercial establishments along NE 55th Street between 25th and 35th Avenues NE. The west end is home to the original Kidd Valley burger restaurant. The Duchess Bar on 55th west of 30th Avenue NE is a popular place for patrons to watch University of Washington football games, which are played just south of the neighborhood at Husky Stadium. Across the street is Queen Mary's, an elegant English teahouse, and Pair, restaurant specializing in dishes that may be shared. A coffee shop, Ventoux, a Spanish restaurant, Guadi, an Italian café, MioPosto, and several shops, top the hill. The neighborhood is also home to two grocery stores: Puget Consumer Co-op (PCC), a local cooperative chain, at 40th Avenue NE and NE 65th St, and Metropolitan Market, on 40th Avenue NE at NE 55th Street, at the southwest corner of the subneighborhood of Hawthorne Hills. 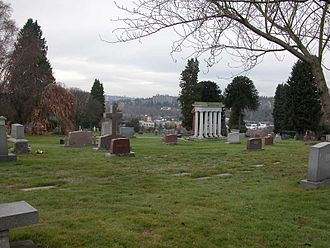 Our Bryant market research helps you make more informed decisions about homes in North Seattle. Each week we publish market updates for Bryant, in its 98177 zip code. You can see the latest trends in pricing, affordability, supply and demand. We invest in this research so our clients always have the latest insights to make the best decisions with confidence. 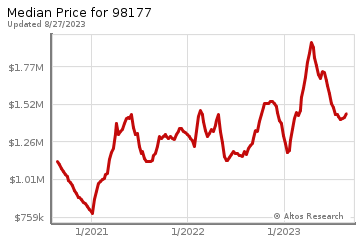 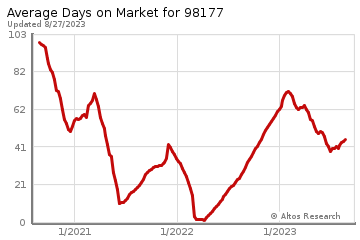 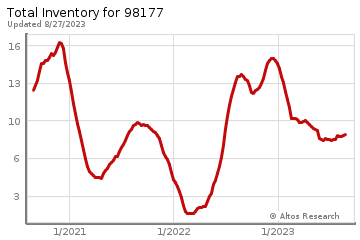 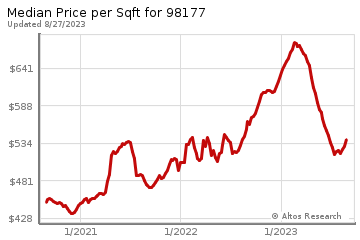