The Hawthorne Hills neighborhood on an overcast day

The neighborhood is named after Hawthorne Kingsbury Dent, a prominent Seattle insurance executive in the early 1900s who owned most of what is now named Hawthorne Hills. However, before Dent sold his land in 1928, the area around 40th Ave NE at NE 55th Street was marked on maps as Keith, named after settler Jacob Keith who owned land there from 1880 to 1887. Keith Station was a stop on the Seattle, Lake Shore & Eastern Railroad, the site of which is now in the Burke-Gilman Playground Park just across the Burke-Gilman Trail from Metropolitan Market.

University Circle, at the center of the Hawthorne Hills neighborhood

Many streets in the neighborhood run against the standard north-south/west-east Seattle grid and are named after college towns (e.g., Stanford, Princeton, Purdue, etc.). University Circle Park, which has views to Downtown Seattle and the Space Needle, is at the center of these streets. The southern part of Hawthorne Hills includes a portion of the Burke-Gilman Trail. Hawthorne Hills is located about two miles east of the University District, and serves as a bedroom community for many University of Washington professors and staffers. The neighborhood is home to Seattle Fire Station 38, Metropolitan Market Sand Point, Bryant Neighborhood Playground, Burke-Gilman Playground Park, National Archives and Records, the Center for Spiritual Living, and Congregation Shaarei Tefilah-Lubavitch.

Our Hawthorne Hills market research helps you make more informed decisions about homes in North Seattle. Each week we publish market updates for Hawthorne Hills, in its 98133 zip code. You can see the latest trends in pricing, affordability, supply and demand. We invest in this research so our clients always have the latest insights to make the best decisions with confidence. 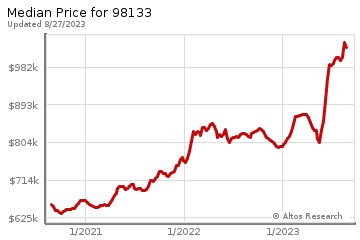 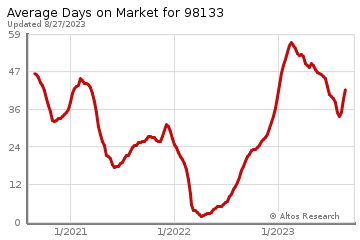 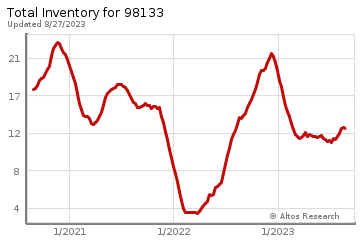