If you want to hang out and watch the sunset, Matthews Beach Park is available at 5100 NE 93rd St located in southern Matthews Beach. Matthews Beach Park is a lakefront beach park with walking paths, biking trails, huge open fields, a swimming area,  a playground for kids, picnic areas, a barbecue area, a basketball hoop stand, restrooms, and areas for swimming and boating, and amazing views of Lake Washington and the mountains. Another greenfield in Matthews Beach is the John Rogers Playfield Park in 4098-4000 NE 105th St located east of Meadowbrook Pond. And if you want to watch wildlife habitat in the small pond, visit Meadowbrook Pond located between NE 105th and 110th streets and west of John Rogers Playfield Park. Meadowbrook Pond is a wetland and wildlife sanctuary with walking and biking trails. 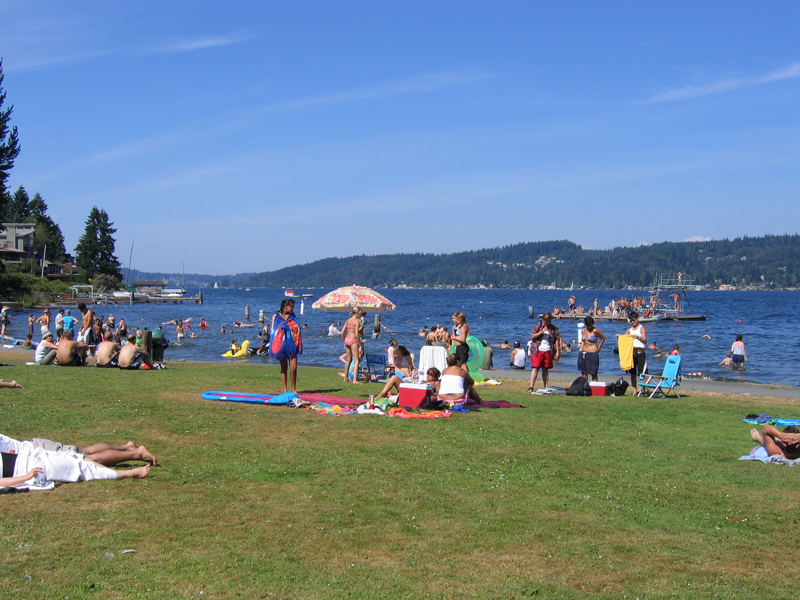 The general boundaries of Matthews Beach are:

Neighborhoods in Seattle are informal. The residents living west of Sand Point Way may consider themselves belonging to the adjacent neighborhoods of Meadowbrook or Wedgwood. The entirely residential neighborhood abuts Lake Washington and includes Matthews Beach, a seasonally popular city park with the largest freshwater swimming beach in the city.

Matthews Beach is named after John G. Matthews, who had his homestead on the site in the 1880s. What is now Matthews Beach neighborhood has been inhabited since the end of the last glacial period (c. 8,000 BCE—10,000 years ago). The tu-hoo-beed (Thornton Creek) hah-chu-ahbsh (Lake People) of the Duwamish (Dkhw’Duw’Absh, People of the Inside) tribe Lushootseed (Skagit-Nisqually) Coast Salish village was about 1/4 mile (.4 km) north.

The Burke-Gilman Trail borders Matthews Beach Park on the west and follows the course of the old Northern Pacific Railway line, originally of Judge Burke and Daniel Gilman's Seattle, Lake Shore and Eastern Railway (c. 1886). The low-lying areas of the park and adjacent neighborhood is a former wetland which surrounded the mouth of Thornton Creek. As with nearby Magnuson Park at Sand Point, most of the wetland disappeared when the Army Corps of Engineers lowered the lake in 1916 by building the Montlake Cut and the Lake Washington Ship Canal. The area south of the main beach was the site of Pan American World Airways' offices and the dock for Pan Am’s Boeing "Clipper Ships"—the world’s first commercial air transports over ocean.

Matthews Beach Park now boasts a hilly knoll with towering Douglas firs and other trees, picnic tables, a playground, and a swimming beach with lifeguards and a diving platform in summer months. Thornton Creek empties at the southern end of the park, which has been partially rehabilitated to include a wildlife pond, native plants, and bird nesting areas. The Thornton Creek watershed has hosted at least five indigenous species of Pacific salmon and trout, and has been the subject of daylighting efforts at locations further upstream.

Our Matthews Beach market research helps you make more informed decisions about homes in North Seattle. Each week we publish market updates for Matthews Beach, in its 98115 zip code. You can see the latest trends in pricing, affordability, supply and demand. We invest in this research so our clients always have the latest insights to make the best decisions with confidence. 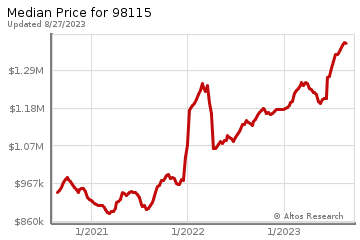 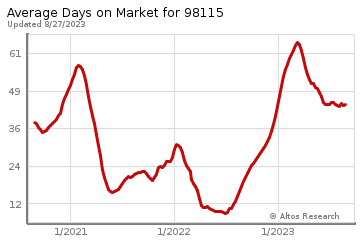 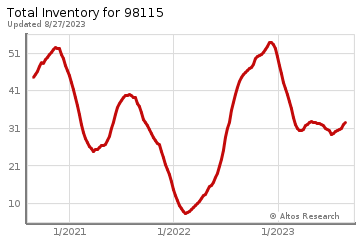 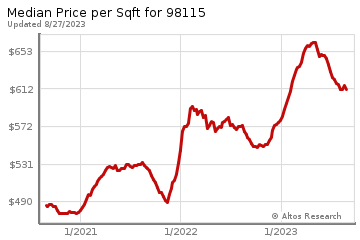