Search The Highlands Homes For Sale

The Highlands Homes For Sale in Seattle

The Highlands neighborhood, just North of Seattle on the Puget Sound, is a highly-regarded, but rarely visited neighborhood for the average Seattle citizen. This gated community resides just between the Seattle Golf Club and the waterfront, with just two entrances to the 100 home enclave. Most lots in the Highlands are around two acres, and the homes, built anywhere from 1900 to today, are mostly historic colonials, tudors, and the like, with a variety of contemporaries mixed in. The windy, wooded streets and long, private driveways allow each home owner to create their own vision for their estate without a neighborÆs home towering in view.

The public schools near The Highlands neighborhood are Broadview Thomson (Public PK-8, 206-252-4080, broadviewk8.seattleschools.org) in 13052 Greenwood Ave N located in the south of The Highlands, and in the west of Bitter Lake Playfield, and Highland Terrace Elementary School (Public Grades K-6, 206-393-4341, schools.shorelineschools.org/highlandterrace) in 100 N 160th St located in the north of The Highlands, and the south of Shoreview Park. There's a private school named Alpha Montessori School (Private PK, 206-367-1113, alphamontessoriseattle.com). It is at 14410 Greenwood Ave N in the east of Llandover Woods Greenspace. Other schools are serving The Highlands neighborhood like Happy Kids Play School (Playschool, 360-727-1355) in 14307 Greenwood Ave N #1b located in Greenwood Place Apartments, and Washington International School (Preschool, 206-380-1222, washingtoninternationalschool.com) in 1201 N 145th St located in the south of N 145th Street and east of Aurora Ave N.

If you're looking for a Special education school, there's Pacific Learning Center. It is at 14550 Westminster Way N in the east of Elisabeth Carey Miller Botanical Garden. Pacific Learning Center (425-672-6805, plcnw.org) is a private school with 31 students in Grades 5-12. If you want to send your kids to swimming classes, visit the Goldfish Swim School in Aurora Square. It is at 15901 Westminster Way N in the northeast of Seattle Golf Club. Goldfish Swim School (206-866-2849, goldfishswimschool.com) is a learn-to-swim school for kids 4 months to 12 years old. The nearest Seattle Public Library is the Broadview Branch (206-684-7519). It is at 12755 Greenwood Ave N in the southwest of Bitter Lake.

The The Highlands neighborhood is located in North Seattle.  Homes for sale in The Highlands include foreclosures (bank-owned homes), short sales, new construction, and traditional resale homes.  Home styles range from condos to townhomes and single-family homes. 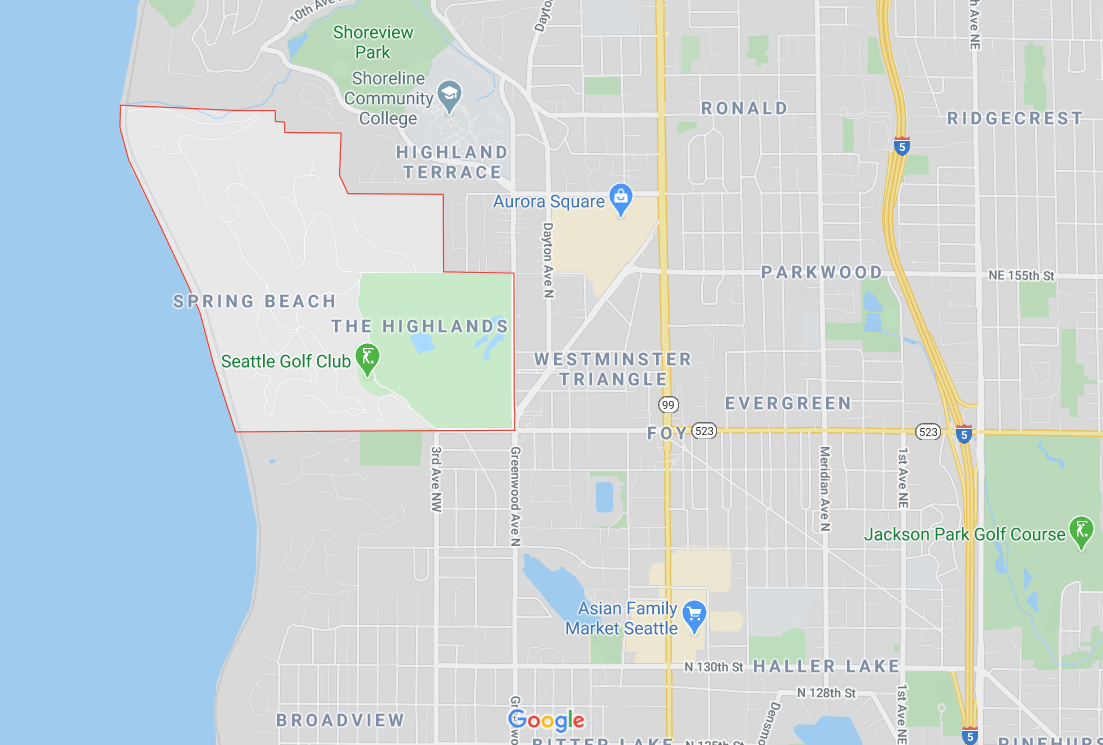 The Highlands is a cooperative community (The Highlands Commons) in Shoreline, Washington, United States, 12 miles (19 km) north of Downtown Seattle. The community borders the Seattle neighborhood of Broadview at northern edge of the Seattle city limits.

The neighborhood has been the home to the Boeing, Nordstrom, Pigott and Stimson families. Access to the community is through a security gate which is west of North 145th Street and Greenwood Avenue North. 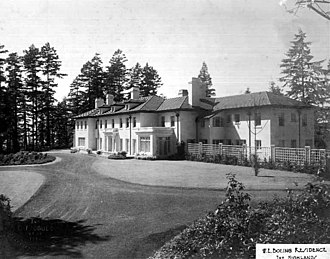 William Boeing residence in the Highlands

Originally developed in 1907 by the Olmsted Brothers, The Highlands sits 450 feet (140 m) above Puget Sound. Prior to the homes being built, tracts in the development were distributed during a draw from a hat. Originally the neighborhood consisted of 50 tracts, currently there are 112 lots and 66 acres (27 ha) set aside for reservation or park property. Businessman Horace Chapin Henry was an original tract owner and donated the Florence Henry Memorial Chapel, which was built in 1911 and is now a part of St. Dunstan's Church of the Highlands Parish, Shoreline, Washington.

The Highlands was once an unincorporated suburb of Seattle and has always operated much like an independent city. In 1995 it became a part of the city of Shoreline. The Highlands boasts its own sewage system and roads which are property of the home owners association. The neighborhood has its own water source, street maintenance, and grounds keepers, making it almost completely independent of all third party utilities.

Highlands residents have hosted numerous dignitaries, including President John F. Kennedy, who was a guest at the home of Theilene Pigott McCone and her husband John McCone, then Director of the Central Intelligence Agency. In 1994, the wedding reception for Bill Gates and his wife Melinda was held in the ballroom of the former Pigott McCone estate, a private home in the community.

Purchasing a home in The Highlands requires potential residents to submit an application to the Highlands Board, usually provided by the listing real estate agent. As of 2007, the board requires two sponsors; one of the sponsors is usually the seller of the home and the second is another current resident with whom the purchaser has been previously acquainted. If the potential resident of the home does not know a second member, the seller of the home often arranges a cocktail reception with the neighbors to acquaint the potential resident with current members who become the second sponsor. The Highlands HOA requires all major construction or renovation to be approved by the Buildings and Sites Committee of the Board.

Until recently, for security reasons, homes in The Highlands did not have physical street addresses. Instead, all mail was addressed to the name of the resident with the rest of the address written as "The Highlands, Seattle, WA 98177". Following the incorporation of the city of Shoreline, Washington, in 1995, Highlands addresses were changed from Seattle to Shoreline.

Our The Highlands market research helps you make more informed decisions about homes in North Seattle. Each week we publish market updates for The Highlands, in its 98117 zip code. You can see the latest trends in pricing, affordability, supply and demand. We invest in this research so our clients always have the latest insights to make the best decisions with confidence. 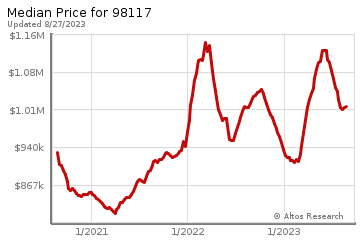 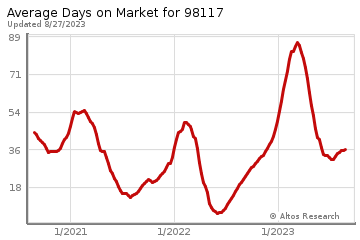 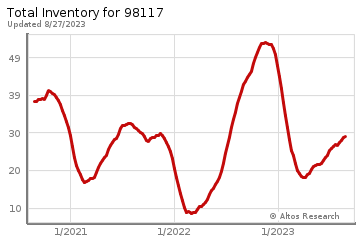 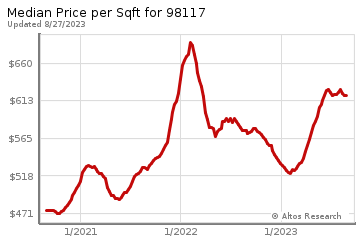