Kobe Japan has been a sister city to Seattle since 1957

Seattle's oldest sister city relationship is with Kolbe, Japan, going way back to 1957... well over 60 years! There is a large and robust Japanese population that spreads all over Puget Sound but mostly in Seattle and the Bellevue area. There is hardly a neighborhood that doesn't have a Japanese restaurant or where the Japanese culture isn't seen. For more about the Kobe, Japan and Seattle sister city relationship please visit this site: https://www.seattlekobe.org/

Are you considering making a move to Seattle, Washington? If so, we are always available to help you locate the perfect Seattle area home. For Greater Seattle Real Estate please contact us at: Brian@SeattleHome.com or call us anytime at 206-431-5900.

Are you considering making a move to Kobe, Japan? Then please visit this website for all local listings and to speak with a local real estate agent: 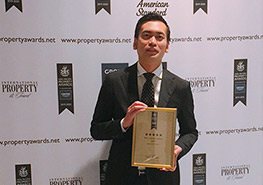 Kobe is Seattle's oldest sister city and one of the most active. Over the past 60 years, the Seattle Kobe Sister City Association has organized dozens of exchanges and events promoted mutual understanding and lasting friendships. The Kobe Terrace Park in Seattle's International District has Japanese pine and cherry trees and a stone lantern, gifts from the people of Kobe. The Kobe Jazz Vocalist Queen Concert sends yearly winners of singing competitions in Seattle and Kobe to perform in the other country. The Cherry Blossom Festival, high school exchanges, and other events keep this relationship strong. The Seattle YMCA and Kobe YMCA have had a partnership since 1966 and the Seattle Yacht Club and Suma Yacht club have had an exchange since 1981. Over the decades there have been many visits between Kobe and Seattle leaders; most recently Mayor Ed Murray visited Kobe in May 2016. 2017 is the 60th anniversary of the Kobe Seattle sister city relationship and the 50th anniversary of the Port of Kobe and Port of Seattle sister port relationships.

Kobe, Japan's seventh largest city and has a population of 1.5 million. As a port on the Inland Sea, it is one of the main gateways to Japan. Kobe's industries include steel, electrical machinery and instruments, transportation equipment, rubber goods and sake. Kobe is a model for other Japanese cities, having preserved its historic homes, gardens, and temples while rapidly expanding its industrial base.