Gatewood Homes For Sale in Seattle

Gatewood is a quiet West Seattle community bordered by Graham St to the North and Thistle St to the South. Located on the East side of Fauntleroy and California Ave SW, the neighborhood has a hilly terrain with a fair amount of local businesses and restaurants. Gatewood Elementary is joined by two other elementary schools in the neighborhood, and there are a couple of great outdoor recreation areas in the Orchard Street Ravine and Pelly Place Natural Area. Lowman Beach Park is also a favorite of Gatewood residents.

If you were to look at a map, Gatewood in Seattle appears to have 4 parks. Pelly Place Natural Area in Murray Ave SW (a park with forested path, and located 16 minutes walk from Gatewood Elementary School), Lowman Beach Park in Beach Dr. SW (a small park with a beach, swings, and tennis courts, and located north of Lincoln Park), Orchard Street Ravine in 39th Ave SW (a nature park with walking trails, and located northeast of Solstice Park), and Myrtle Reservoir Park in 35th Ave SW & SW Myrtle St ( a small park with children's play area located west of Walt Hundley Playfield, and near West Seattle Elementary School).

If you're in Gatewood Elementary School, the nearest shops and restaurants are on California Ave SW. Caffe Ladro - West Seattle in California Ave SW #1954 (a coffee shop), McDonald's, New Teriyaki & Wok (a Japanese restaurant), Subway (a Sandwich shop), West Seattle Thriftway in SW Morgan St (a Grocery store), AT&T Store (a cell phone store), Peel & Press (a Pizza restaurant), and Zeeks Pizza (a pizza restaurant). Another restaurant in this neighborhood is Grillbird Teriyaki in 35th Ave SW (a restaurant serving Japanese dishes and teriyaki, and located southwest of High Point Commons Park). Other restaurants and shops near Gatewood like Locol Barley & Vine (a restaurant serving beers, wine, and snacks), and The Westy Sports & Spirits (a sports bar) are on 35th Ave SW. Homes in the Gatewood area have recently sold for between $305k and $1.8 million. To see today's real estate listings in Gatewood, Seattle, please click the link above.

Gatewood is a neighborhood in West Seattle, Seattle, Washington. Situated on the highest hill in Seattle it offers stunning views of Puget Sound, the Olympic Mountains, and downtown Seattle. It is generally bounded to the north and south by Raymond and Thistle Streets respectively, to the east by 35th Avenue, and the west by California Avenue and Fauntleroy Way. The neighborhood's landmarks include the Gatewood School, currently an elementary school. It is minutes from Lincoln Park. 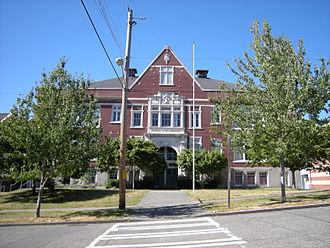 The Gatewood School (shown here in 2008) is a Seattle city landmark.

The public schools in the neighborhood are part of the citywide Seattle Public Schools district. Gatewood Elementary is the third-oldest school in West-Seattle. The original building was closed for construction in 1989, and reopened two years later. 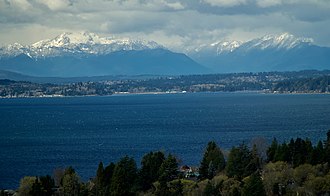 Our Gatewood market research helps you make more informed decisions about homes in West Seattle. Each week we publish market updates for Gatewood, in its 98126 zip code. You can see the latest trends in pricing, affordability, supply and demand. We invest in this research so our clients always have the latest insights to make the best decisions with confidence. 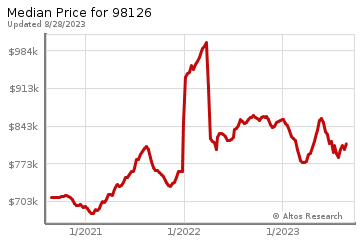 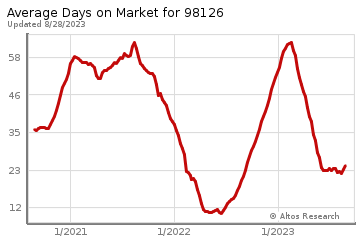 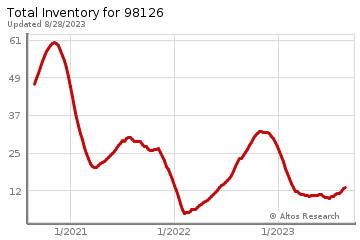 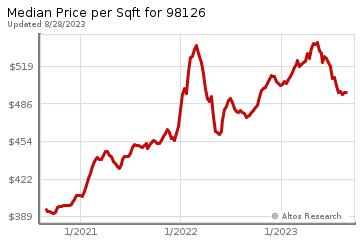