Woodinville is located northeast of Seattle and is well-known for its tourist district. With vineyards, wineries, and breweries throughout, Woodinville is popular with residents across Western Washington for wine tasting and the famous Red Hook Brewery and restaurant. Boutique hotels and dining establishments have grown significantly as the tourism in Woodinville has grown. Not officially incorporated until 1993, Woodinville has benefitted greatly from the distinct nature of its recreational areas as well as its quiet, wooded residential districts.

Woodinville is a city in King County, Washington, United States. The population was 10,938 at the 2010 census. It is part of the Seattle metropolitan area. There is also a much larger population with Woodinville mailing addresses in adjacent unincorporated areas of King (Cottage Lake) and Snohomish (Maltby) counties. Woodinville has waterfront parks on the Sammamish River, sweeping winery and brewery grounds, and densely wooded residential areas. 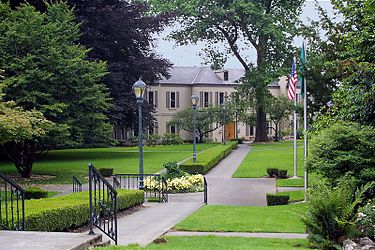 Prior to European-American settlement, the Woodinville area was inhabited by the native Sammamish people. Indigenous peoples had occupied the area for thousands of years.

Ira Woodin (left) with Carson D. Boren and Walter Graham (for whom the Graham Hill area is named) in 1905

In 1871, Susan Woodin and her husband Ira moved from Seattle and traveled up the Sammamish River where they built a cabin. They planned to log timber and farm cattle. A town gradually developed around them. Their cabin served as its first school and post office, with Susan Woodin appointed as postmaster. Woodin and his son-in-law Thomas Sanders set up the first general store.

Like other nearby towns, Woodinville began as a logging community and became a farming center in the early decades of the 20th century. After World War II, it developed as a suburb of Seattle. In 1969, rock bands including Led Zeppelin and The Guess Who performed at the Seattle Pop Festival at Woodinville's Gold Creek Park.

The growth of Bothell in the early 1990s led to plans for it to annex Woodinville; the residents of Woodinville responded by voting for incorporation in 1992. Woodinville was officially incorporated on March 31, 1993. 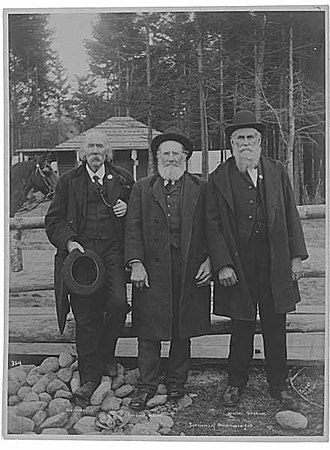 Ira Woodin (left) with Carson D. Boren and Walter Graham (for whom the Graham Hill area is named) in 1905

Woodinville contains two historic and scenic rail lines. Officially referred to as the Woodinville Subdivision, they were used by the Spirit of Washington Dinner Train, whose destination was the Columbia Winery, until July 31, 2007. They are still used for some freight service. There has been a controversial push by some King County officials to remove both lines and replace them with bicycle trails. However, in the wake of the defeat of the Roads and Transit measure on the November 2007 ballot, and growing concern about global warming and increasing traffic congestion, there has been increasing interest in saving the lines. There is a proposal to use them for a commuter rail service that would link Woodinville with Bellevue and other major destinations on the rapidly growing Eastside. The Woodinville Park and Ride is in Downtown Woodinville off 140th Ave NE. It is served by both Sound Transit and King County Metro Transit.

The Woodinville city government has defined eleven geographic neighborhoods within the city limits.

Most of Woodinville is served by the Northshore School District; however, the extreme southwestern portions of the city lie within the Lake Washington School District.

Civic events in Woodinville include:

Woodinville's economy is a mix of light industrial, retail, and tourism. Woodinville is increasingly known for its local wineries, which showcase wines from grapes grown in Eastern Washington including Chateau Ste. Michelle (well known for their popular summer concert series), Columbia Winery and dozens of other smaller ones. There are approximately 130 wineries in and near Woodinville. The Woodinville Tourist District is also home to the Redhook Ale Brewery and several fine restaurants including The Herbfarm "destination" restaurant. The downtown area includes Molbak's Garden and Home, a nationally acclaimed garden center.

From 1992 to 2007, the Spirit of Washington Dinner Train traveled from Renton to the Columbia Winery in Woodinville. The service was moved to Tacoma and later ceased operations. At the time of the shutdown, the operator had proposed extending the dinner train service north from Woodinville to Snohomish. 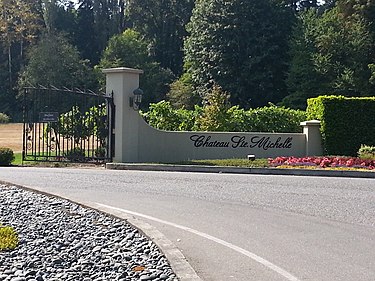 Our exclusive Local Market Research helps you make more informed decisions. Each week we publish market updates for Woodinville. You can see the latest trends in pricing, affordability, supply and demand. We invest in this research so our clients always have the latest insights to make the best decisions with confidence. Below are the latest home pricing trends for Woodinville based on zip code 98072. 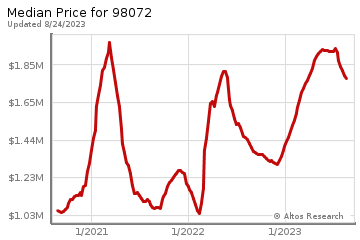 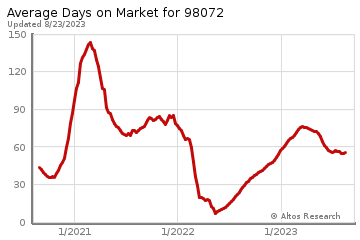 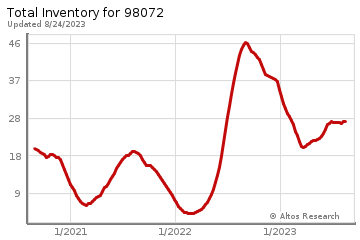 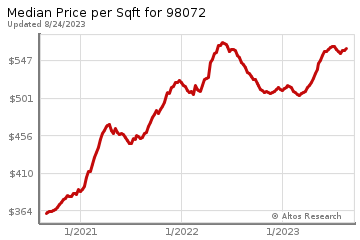